Referred to as "America's Most Historic Square Mile," Independence National Historical Park played a key role not only in creating the United States but also ensuring its independence.  Today its not only home to colonial structures such as Independence Hall, but now boasts modern ones such as the Liberty Bell Center. 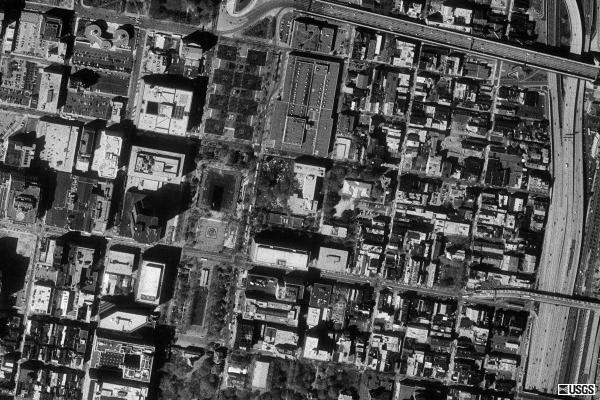 The $38 million Independence Visitor Center is approximately 50,000 square-feet and as long as two city blocks.  To think of it in another way, it occupies the same space as 42 colonials on Elfreth's Alley.  Not only are there exhibits about the historic area it sits in, but you can view historical films in the theaters, get tickets for area attractions, or use see the attraction displays to plan what to see around the Philadelphia area.  The Independence Store has lots of historical gifts for sale and the Pennsylvania General Store can satisfy your hunger with a variety of hot and cold beverages, snacks and desserts.  Parking underneath the center provides a safe and secure area to leave your vehicle.

First rung on July 8, 1776 with other church bells to announce the adoption of the Declaration of Independence, the Liberty Bell weights over 2,080 pounds.  In 1751, the Speaker of the Pennsylvania Assembly requested a new bell for the State House (Independence Hall).  He asked that a Bible verse to be placed on it:  "Proclaim Liberty throughout all the land unto all the inhabitants thereof" (Leviticus 25:10).  The price tag for the colonial province of Pennsylvania came to $300 in 1752, it was originally cast in the United Kingdom.  The bell first broke after it arrived in Philadelphia in 1753 and was recast from the same metal with the same inscription.

The Old State House Bell would not acquire the familiar name "Liberty Bell" until 1839 when a group trying to outlaw slavery began to refer to it that way.  They remembered the words on the bell and adopted it as a symbol of their crusade.  In 1841, a thin crack formed which began to affect the sound of the bell.  It was repaired in 1846 and rang for a George Washington birthday celebration, but the cracked worsened.  For nearly 100 years, the bell would be rung on special events to call people together but would ring no more.  No one knows why the bell cracked.  Beginning in the late 1800s, after the Civil War, the Liberty Bell traveled around the country to expositions and fairs to heal the division that the country witnessed in the days leading up to and including the war.

Although no longer rung, the Liberty Bell has been struck on a few special occasions such as June 6, 1944 when Allied forces landed at Normandy, France.  The tone of the bell was broadcast via radio to all parts of the country.

The bell got a new home on January 1, 1976, when it was moved to the Liberty Bell Center pavilion.  It called Independence Hall home prior to that date.

Construction began in 1732 and finished in 1756 on the building which was originally called the State House of the Province of Pennsylvania, and is a fine example of Georgian architecture.  The most famous building in Philadelphia has been the focus of some of the most important events in American history.  Patriots met here for the first time in May 1775 and until 1783, except for the winter of 1777-1778 when the British Army occupied Philadelphia, for the Second Continental Congress.  They chose George Washington to be commander in chief of the Continental Army in 1775 and the Declaration of Independence was adopted on July 4, 1776 in the Assembly Room.

More historic events took place in that room in 1777 when the design of the United States' flag was adopted.  The Articles of Confederation were agreed to in 1781 and the Constitution was drafted in it in 1787.

The center was established by the Constitution Heritage Act of 1988.  It was passed by Congress and signed by President Ronald Regan.  The act created and made building the center a national goal.

On September 17, 2000, ground was broken on the National Constitution Center.  The date chosen because it was 213 years to the day that the United States Constitution was signed.  President Bill Clinton presided over the groundbreaking ceremonies which included the naturalization of 75 new United States citizens.  Also, a $10 million donation from the Annenberg Foundation was made, and in honor of the gift, the interactive outreach wing of the center was named the Annenberg Center for Education and Outreach.

Finally, on July 4, 2003, the National Constitution Center opened its doors for the first time.

Tours begin with the permanent exhibit entitled The Story of We the People.  The first part includes a live actor and a multimedia presentation on a 360-degree screen which depicts the story of the Constitution from the Revolutionary War to present.  The second part is entitled The American Experience where more can be learned through interactive and multimedia exhibits.  The final part takes place in Signers' Hall, where visitors can view 42 life-size bronze statues of the men who were present at the signing of the Constitution.  Even visitors can get a chance to sign their name to the current Constitution.