This Chester County freeway was constructed in the 1960's.  It gave a bypass of such communities as Oxford, West Grove, Toughkenamon, and Nottingham.  The designation for US 1 in southeastern Pennsylvania is given Baltimore Pike.  The old section of route 1, which still serves the aforementioned communities, is now known as Old Baltimore Pike and has no signed route designation.

The expressway is four lanes in width, with a 55 mph speed limit.  Original concrete exists still on most of the highway, but some resurfacing has taken place.  Signage has been slowly replaced since around 1992.
Vidcaps from July 1999. 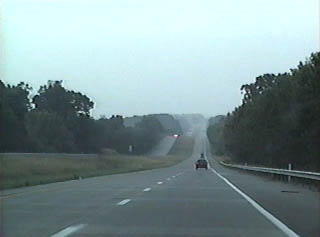 Here's a scene northbound on US 1. 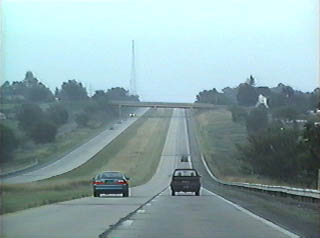 Looking southbound at US 1.  Original concrete is still present here. 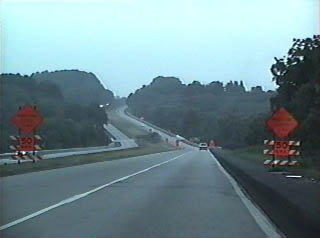 The eastern 2 miles of the US 1 expressway was under construction. 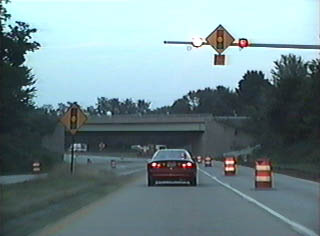 The eastern ending at old US 1.  A "Y" crossover interchange exists from southbound US 1 to old US 1 for Toughkenamon. 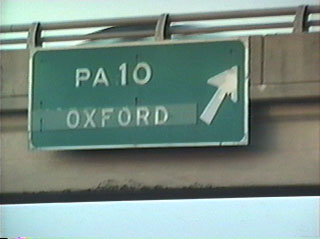 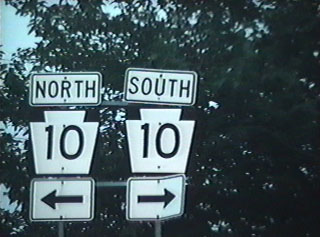 PA 10 shields at the end of the off ramp from southbound US 1.