After a hiatus in 2021, the Department of Transportation has produced a new official state road map.  The reason 2021 was skipped, the first time since 2008, is because of the state’s strained financial resources due to the COVID-19 pandemic.  I knew there was a new map because I saw it on PennDOT’s website.

A few months back, I called the PennDOT Sales Office to specifically request a 2022 edition.  The customer service representative informed me those maps would not go out because they still had a lot of 2020s in stock.  Fine.  Before I left for York to attend the 2022 South Central Pennsylvania Road Meet, I had placed a mail order for new official road maps.  Upon returning home, I discovered they arrived when I was away.  A few days after I returned and was at AAA, I asked for a Pennsylvania map.  I figured I would get their Pennsylvania/New Jersey map.  Nope, another official state map!  When it rains, it pours.

Since I had not heard anything from PennDOT before leaving, I decided to make a side trip to the Welcome Center on Interstate 70 in Warfordsburg on my way to York.  The following is the only change in the 2022 official Pennsylvania map since the 2020 edition: 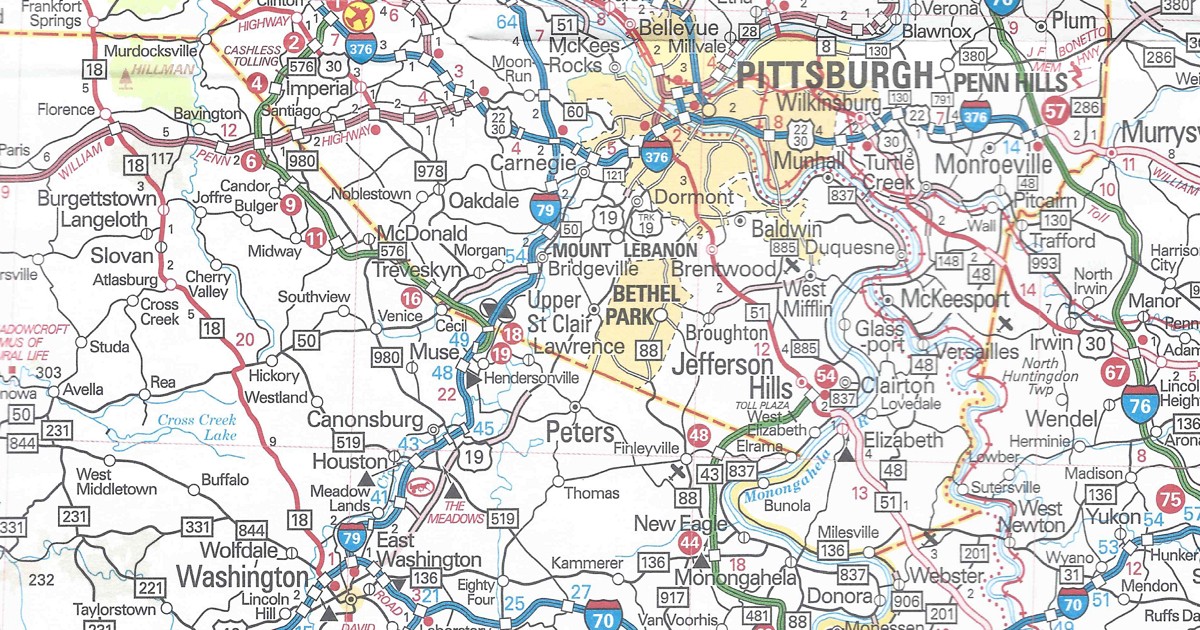 What is strange is that this section is not printed in the Pittsburgh inset on the back.

The map has the same dimensions as the previous year’s, and features the same amenities, such as the tourism slogan.  One change is that instead of the year in a keystone as it has been since the 2017, it now separates “20” and “22” at the bottom of the cover.  However, this year’s cover picture features a family in their station wagon parked on a beach.  You can view the 2022 official road map on PennDOT’s site

Jeff Kitsko has been the owner and webmaster of Pennsylvania Highways since its inception in 1997 as a means to illustrate the history of the Commonwealth's roadways.

Buy Us a Coffee